The beginning of 2020 saw the completion of Seven Capital’s St Georges Urban Village, bringing the Jewellery Quarter regeneration scheme to a close. Fellows have been Project Managing this development since mid-2016.

The development consists of two phases, SGUV and The Kettleworks project, the latter of which was completed in December 2018. This involved the construction of 292 apartments and 2 retail units, including the refurbishment of the old Kettleworks building, a new build element and the creation of a carpark and penthouse flats from the existing concrete frame. Set in the heart of the JQ Conservation Area, the industrial feel of the building was retained down to the very last detail, replicated on the hand-painted signage visible on the outside of the structure.

Across the road, a further 291 apartments were built over 7 blocks as well as 13 townhouses, 6 retail units and a public open space play area, also part of the St George’s Development. The total effect of this stunning Seven Capital scheme has completely refreshed the area including creating a new road, Tenby Street South, between Pope and Carver Street. 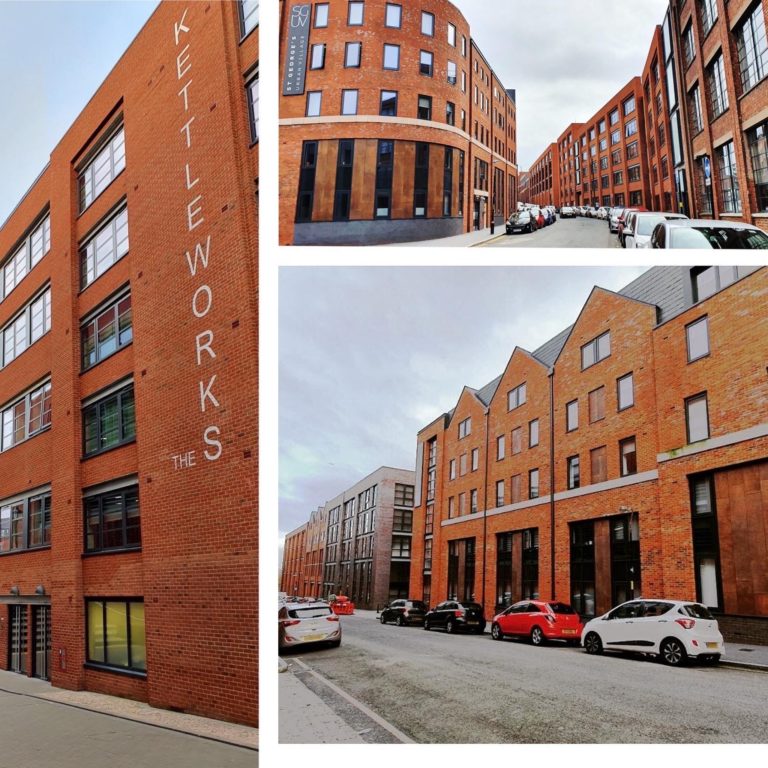