The GB Lions were victorious in their opening game on Friday with a comfortable 30-3 win over Russia.

Fellows’ Surveyor Adam Hope opened up the scoring with a short TD run adding 7 points to the board. Soon after the GB Lions continued the attack, piling on the points whilst leaving Russia only successful with a field goal attempt for 3 points.

The victory secured GB’s place in the second qualifying game where they met Czechia, on Sunday 18th. Yet again the GB Lions were quick to prove their might and a 38-13 victory capped an excellent weekend at Sixways Stadium in Worcester for Great Britain’s international Lions team.

Czechia reached the second qualifying game after defeating the Netherlands 20-13 earlier on Friday. The Dutch were able to defeat Russia 17-6 in the runners up game on Sunday morning.

The victory means that GB will travel to either Sweden or Denmark to play in a final European Group A qualifying game, early next year.

A win will secure the team’s place in the 2018 European Championships.

Well done Adam from all of the your colleagues at Fellows! 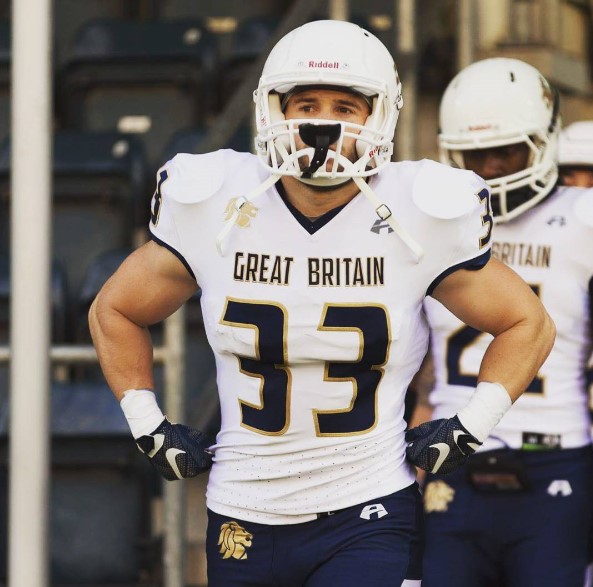